Moovijob Tour Luxembourg: a meeting point in the heart of Europe

Moovijob.com, the first job board in Luxembourg, organized the 9th edition of Moovijob Tour Luxembourg on March 22, 2019, at the ECCL. Over 150 companies, from all sectors, attended the biggest job fair in the Great Region to welcome visitors from all over Europe.

The job fair was organized in 7 thematic areas, according to the sectors represented by the companies. An area was dedicated to training and conferences about the Luxembourgish job market will be organized to help visitors boost their employability in the Grand Duchy.

Over the years, the Moovijob Tour Luxembourg has become THE annual job event not to miss. Job seekers do not hesitate to cross the borders to attend the fair. In 2018, 68% of visitors* lived outside Luxembourg. France, Belgium, Germany, Switzerland, Portugal, Greece…candidates no longer hesitate to travel thousands of kilometers to work in Luxembourg. Yannick Frank - Luxembourg Director at Moovijob adds: “The attractiveness of Luxembourg is also explained by very concrete indicators such as Luxembourg's salary, one of the highest in Europe, the attractive packages offered by companies, the ambitious projects of a country in full metamorphosis but also a comfort of life that pleases a lot!” With the lowest unemployment rate in the EU (5.2%), Luxembourg is indeed a very attractive country. 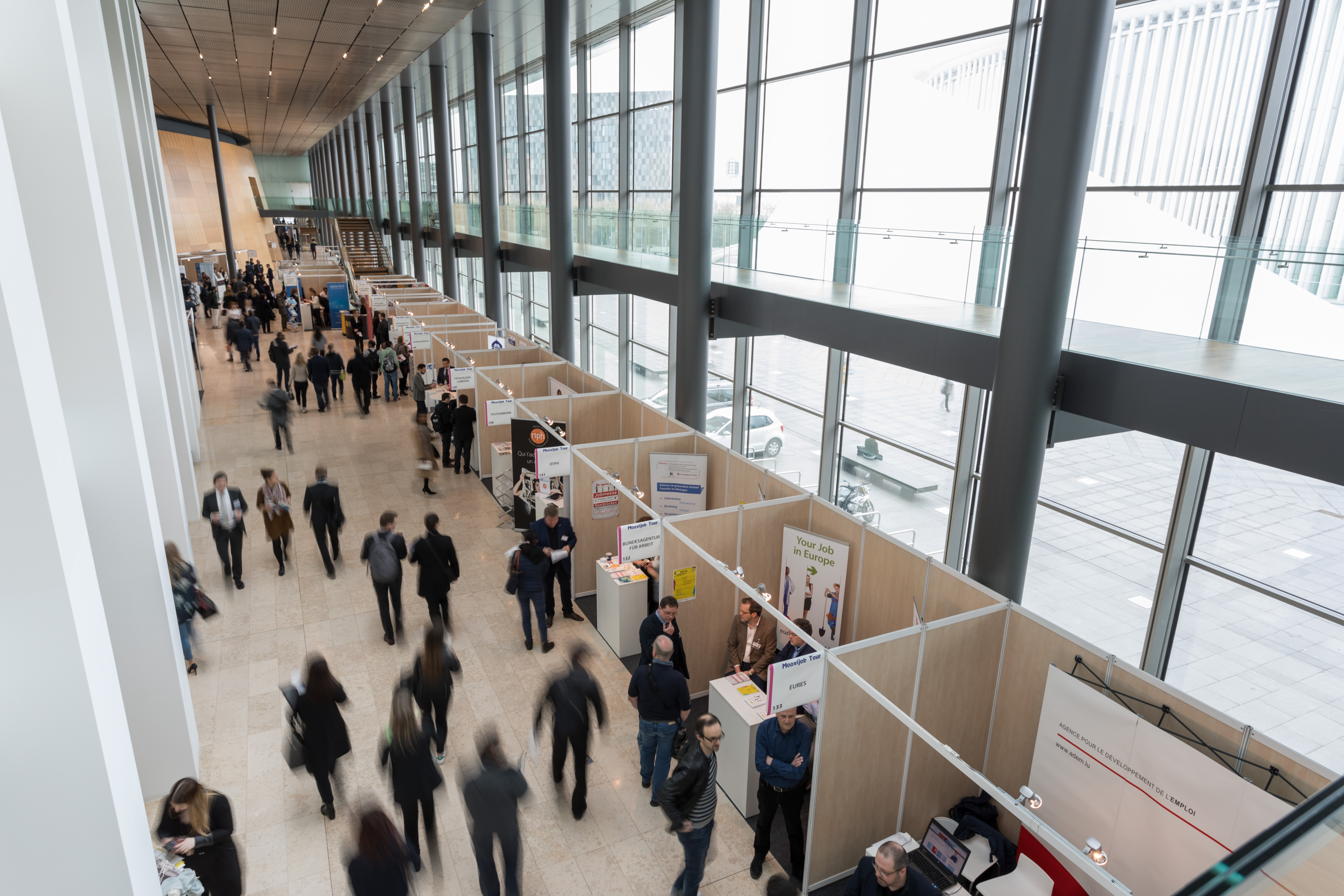 The main mission of the Moovijob Tour Luxembourg is to facilitate the discussion between candidates and recruiters, all in a less formal and more laid-back environment than in a regular job interview. Magalie, a visitor interviewed for the Moovijob Tour Luxembourg survey in 2018 explains: “We can be motivated while applying online but actually coming to meet the recruiters does surely increase our chances to be contacted for an interview! I have been contacted by several recruiters I met during the fair, so I am glad I went”. According to this same survey, the average conversation between candidates and recruiters lasted 6 to 10 minutes. However, to make a good impression and be called back by the companies, well, there is no secret: a good preparation is the key.

Like Magalie, thousands of people have found a job thanks to the Moovijob Tour Luxembourg. In 2018, 87% of visitors were satisfied with their participation, and 90% would recommend it to a friend.

Discover here our recruitment events calendar and do not hesitate to participate! 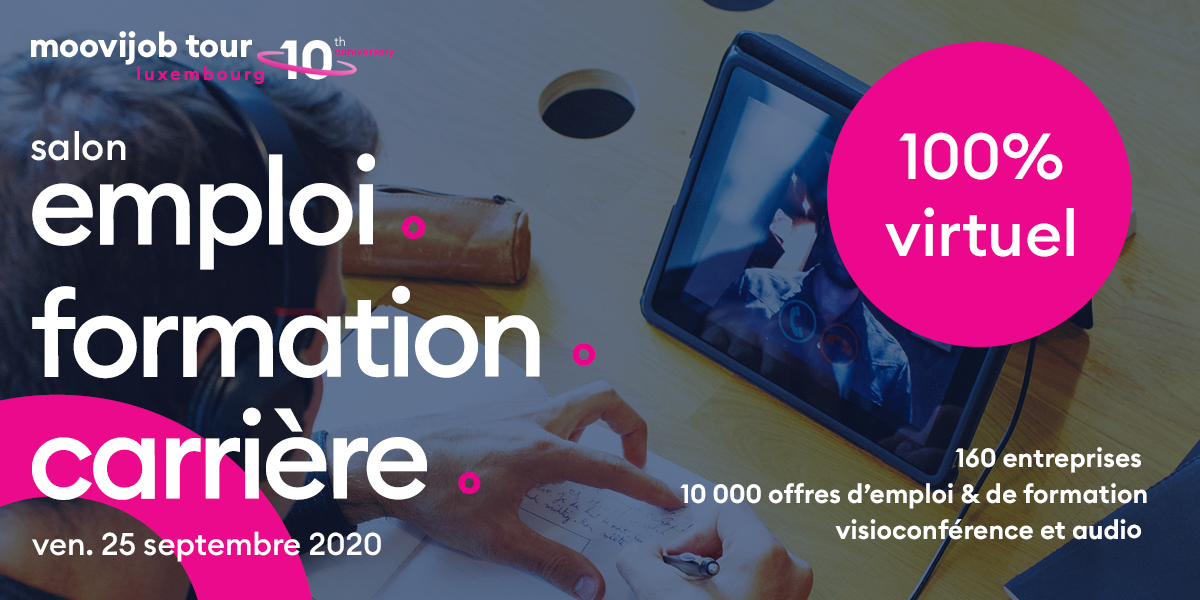 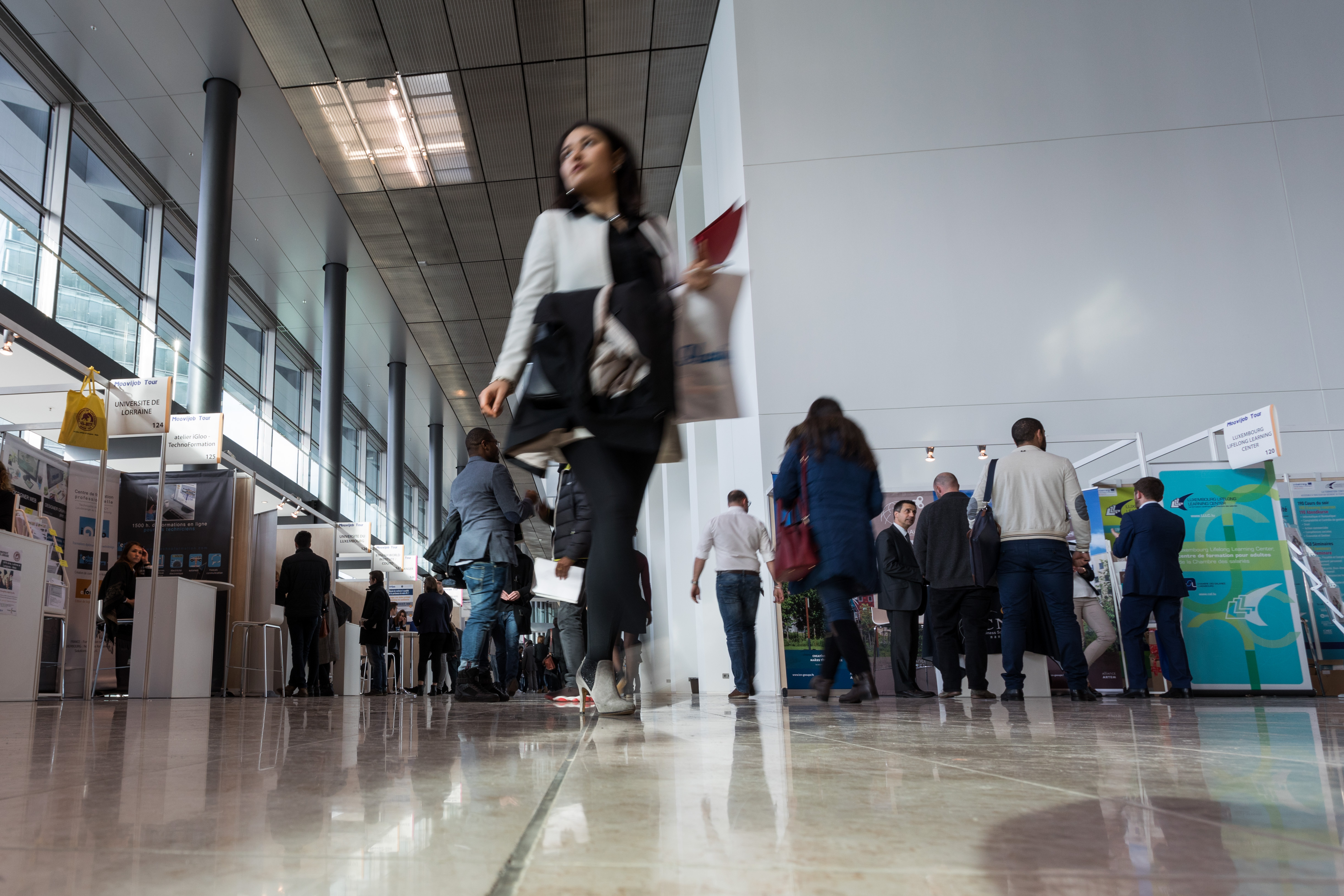 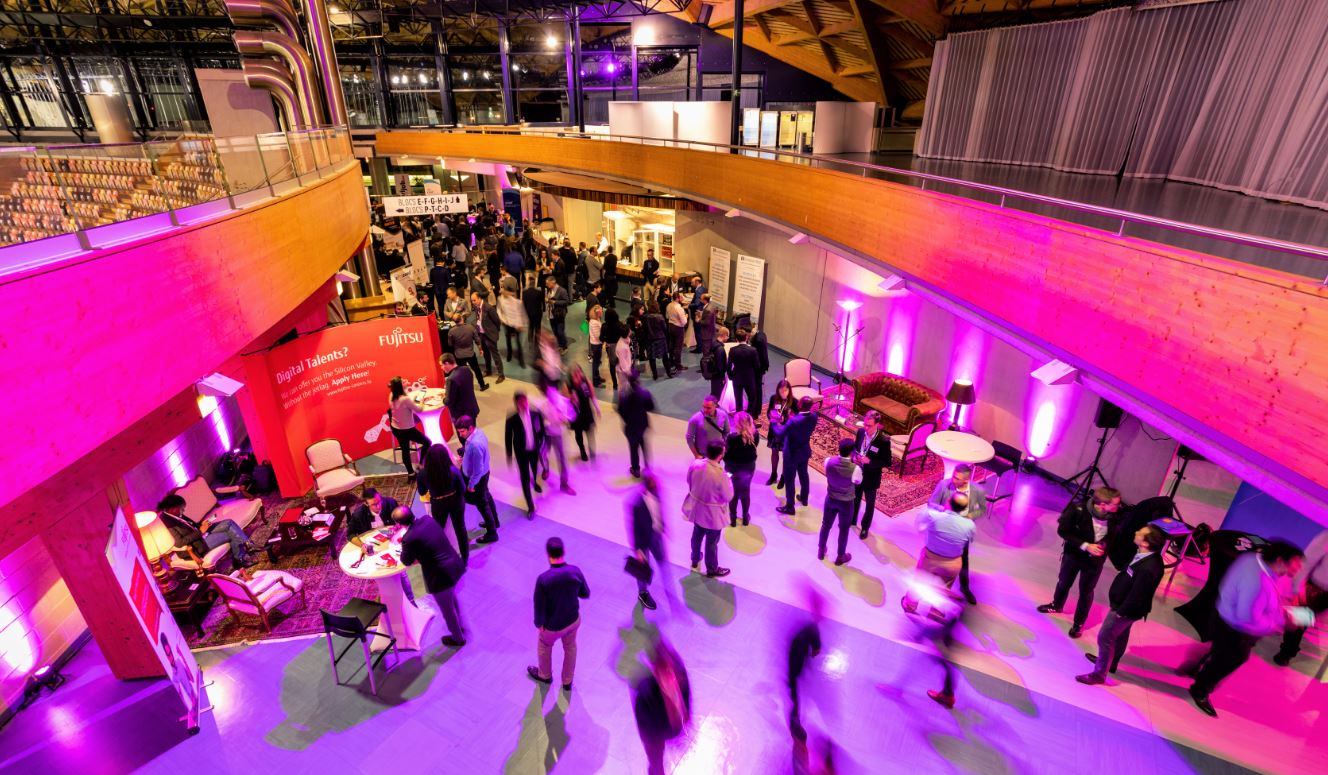 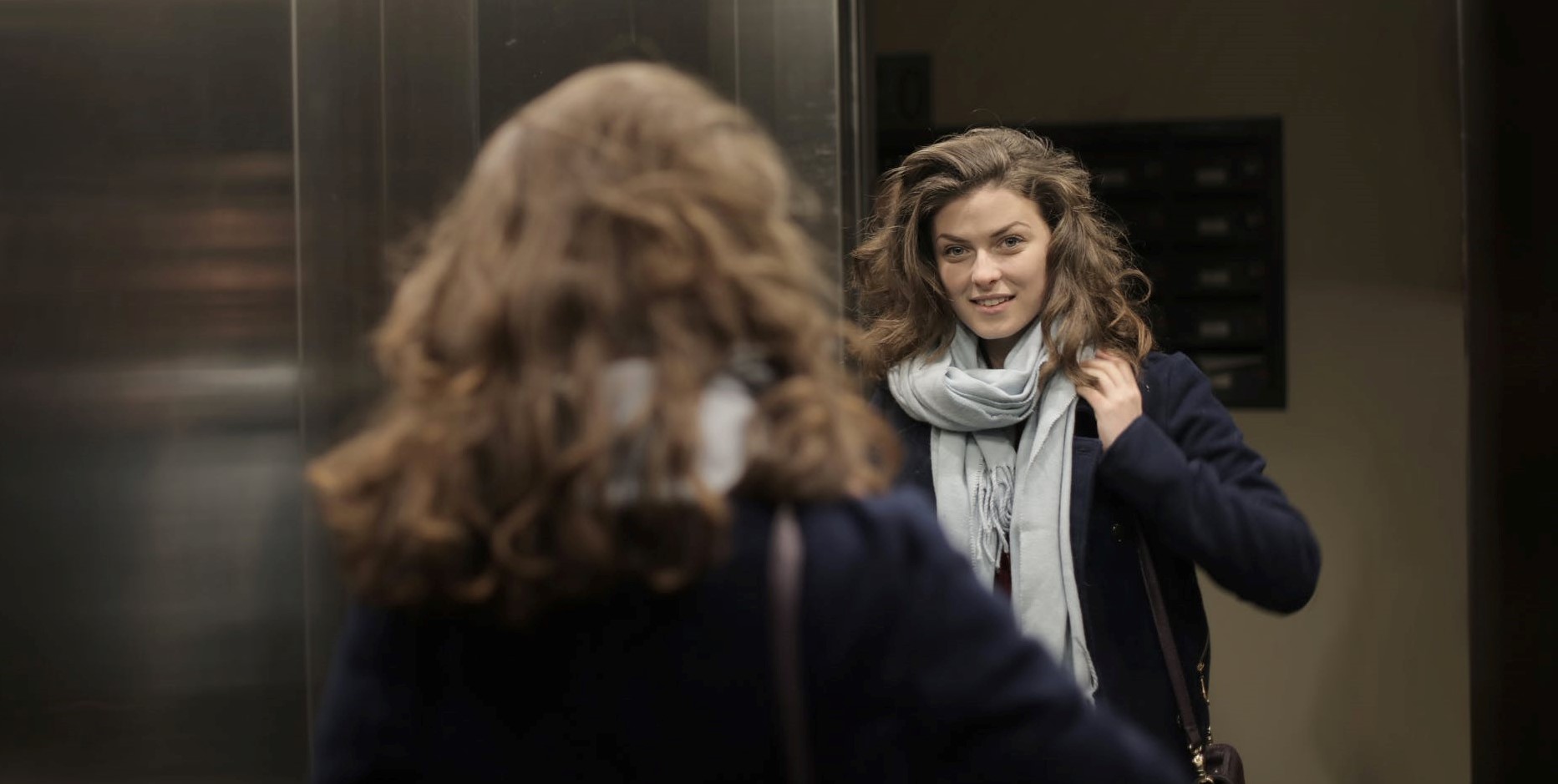 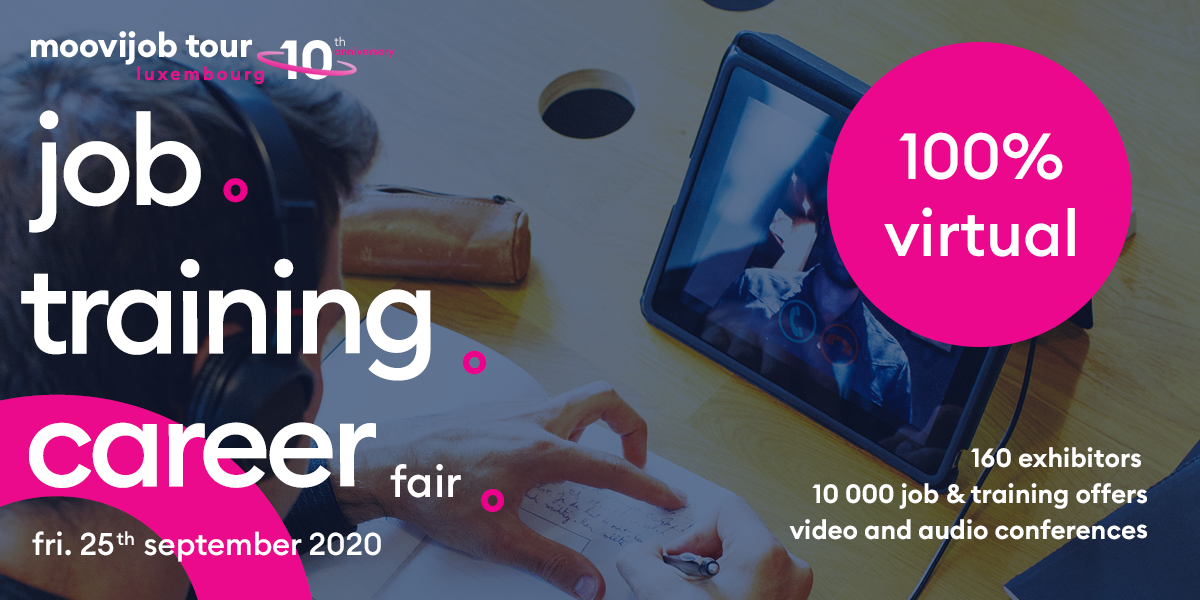 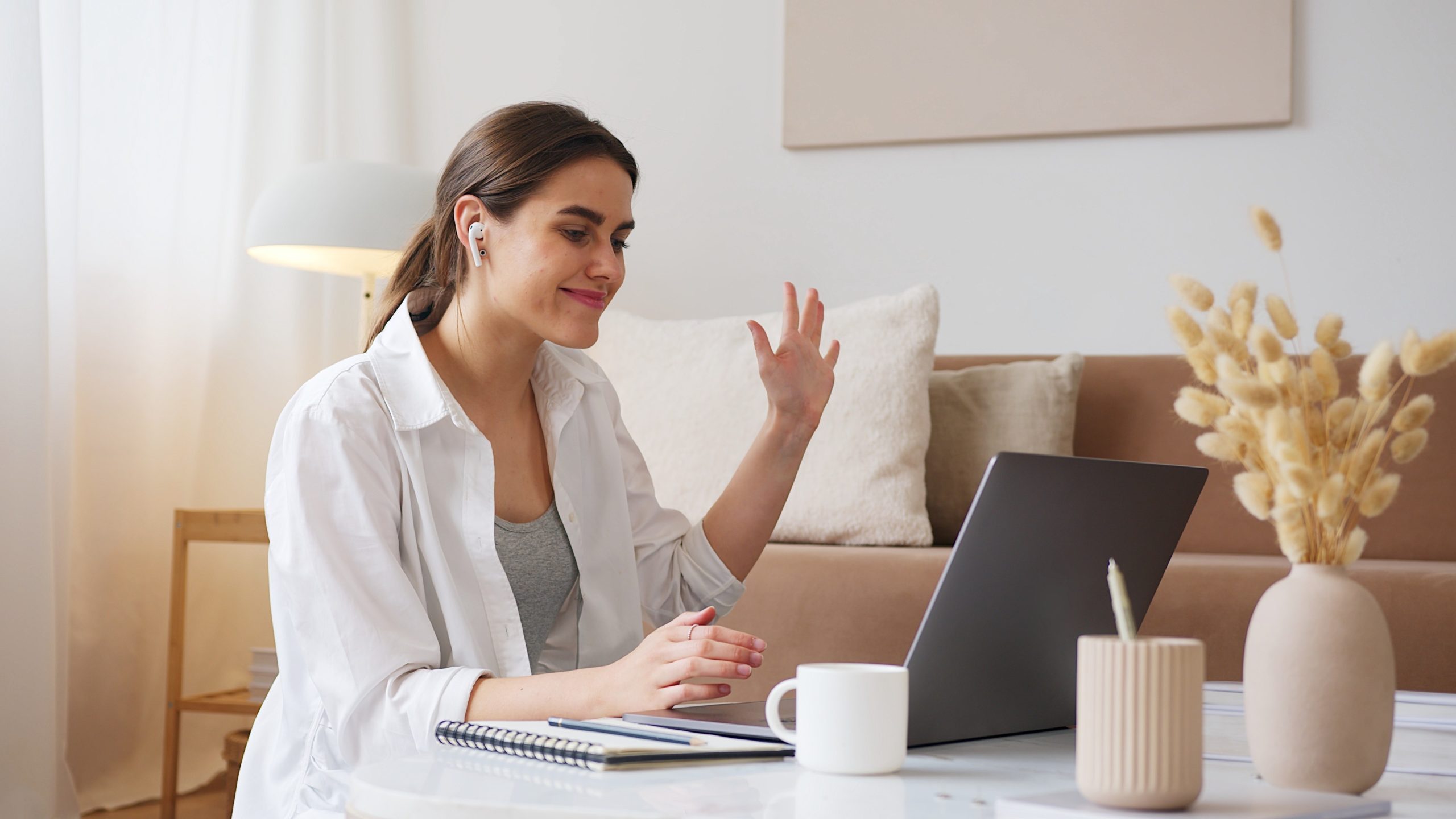 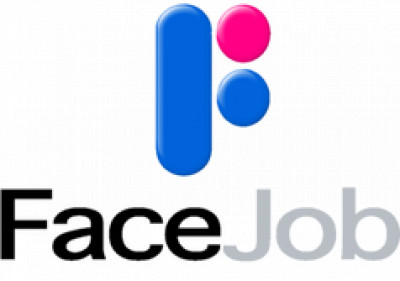 Moovijob Tour Luxembourg: a meeting point in the heart of Europe